Sky has announced it is releasing a New Standalone TV Streaming Box Called Puck allowing you to stream Sky TV over your broadband connection without a Satellite Dish. 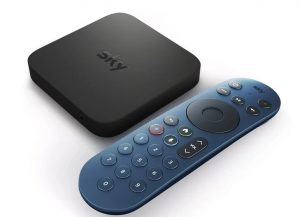 The Sky Stream puck is designed for quick and easy access to your favourite content – simply plug it into your TV to enjoy Sky, including Sky Atlantic, and all of the major streaming services like Netflix, Disney Plus and Apple TV Plus side by side.

The included remote enables voice control, allowing you to easily jump to a show or service, while the puck itself will offer playlists of your favourite shows and tailored suggestions based on your viewing history.

The Sky Puck will be 4K HDR-ready and compatible with Dolby Atmos, although the Sky Stream puck lacks the 360° Dolby Atmos sound and quantum dot screen technology offered by the Sky Glass.

In addition an upcoming 4K smart camera that promises to work seamlessly with the TV to offer a range of exciting new services will only be compatible with the Glass.

So far, Sky has only confirmed that the Sky Stream puck will be released as a standalone product later in 2022 but will be a welcome addition to the many households that are unable to view Sky with a traditional Satellite Dish.