French TV Channel TF1 has failed to reach an agreement with MYTF1 which has resulted in channels TF1, TMC, TFX, TF1 Séries Films and LCI channel to be removed from the TNTSat platform on Astra 1 and as such have stopped transmitting.

It is hoped that an agreement will be reached and the services will resume in due course.

TF1 have had disputes in the past with TNTSat and Fransat which have been resolved in a timely manner. 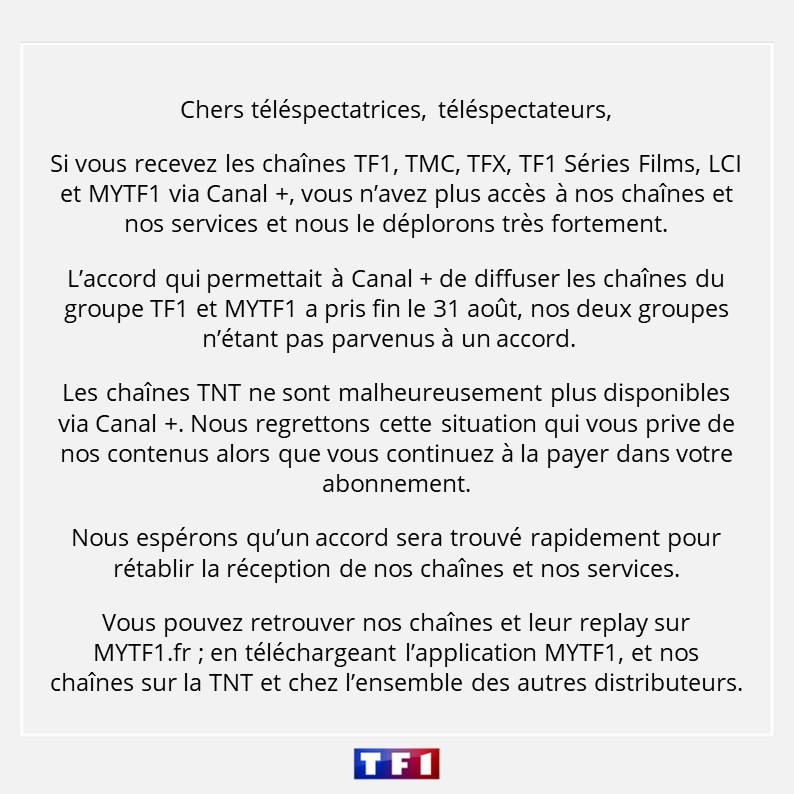