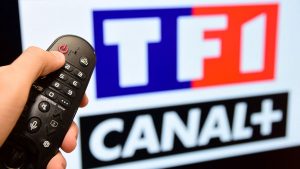 After a two month dispute between Canal+ and TF1 it has been announced today that the French TV Channel TF1 will return to the TNTSat platform on the Astra 1 Satellite.

French TV Channel TF1 removed it’s services from TNTSat in September 2022 over a dispute regarding carriage fees on the Satellite platform.

In a brief statement, TF1 reported:-

How to View French Satellite TV Channels in the UK